Gotta love a town that names a street after a preacher.   Billy Graham Parkway is prominent here in Charlotte; the Billy Graham Library is part of our local tourist culture, and worth seeing!  There’s a small cemetery on the grounds, which brought tears to my eyes.  And within the next few days, there will be an addition to Billy’s friends and family buried there.

As reported in today’s Charlotte Observer,  “George Beverly Shea, who spent a lifetime singing for God and Billy Graham, died Tuesday after a brief illness. He was 104. Spokesman Brent Rinehart of the Billy Graham Evangelistic Association said Shea died in Asheville.

Known to family, friends and fans simply as Bev, Shea and his wife, Karlene, lived for years in the North Carolina mountain town of Montreat – a mile or so down the road from Billy Graham. Shea lived his life not just in North Carolina but on the grandest of pulpits – the stage of the Billy Graham crusades, singing to millions of Christians in stadiums and arenas the world over.

It was as much a part of the American Christian experience as a Sunday morning sermon – that bass-baritone voice singing about “The Wonder of it All” and “How Great Thou Art” before Graham marched to the pulpit and asked people to open their Bibles and listen for God’s word. “How Great Thou Art” became Shea’s signature offering. He sang it on 108 consecutive nights during the 1957 New York crusade that helped catapult Graham – and Shea – to Christian stardom.”

You've landed on our site, not by fate. Do you believe in divine appointments? I do!

God set me up in 1978 with the owner of a record store and distributorship in Indianapolis. As the Music Director for WTLC, a local radio station, it was my responsibility to call him each Monday to see what records were hot-hot sellers over the weekend. Then I'd compile our "Heart and Soul Top 40 Survey", have them printed and then placed in the record stores for that weekend.

Bottom line? As a Christian, he began to pray for me. Then he became the laborer in the harvest who got me to Jesus! I'm so grateful.

How about you? Who is in "your world" that doesn't yet know the Lord Jesus personally?

Pray for them, talk to them, reach out to them. That's a divine appointment, for you and them! 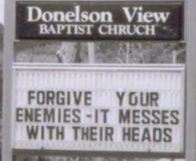 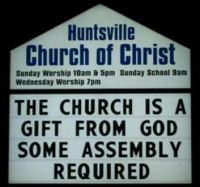 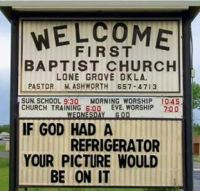 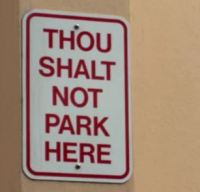 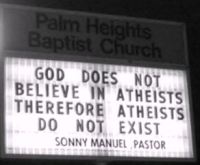